For those of you who are not aware, Google chrome has a built in task manager just like the one in windows. You might ask why there is an task manager within a web browser when its sole purpose is just to browse the internet.

Well the task manger in Google chrome is there for a good reason. From the early stages of chromium to the latest build of Google Chrome, Google has added a lot of exciting features to Chrome and the support for extensions is perhaps one of the major reasons why Google chrome has become immensely popular among internet users.

Like every piece of software, Google chrome too suffers from bad memory management some times and the reason for it are resource hungry extensions and the most common being the dreaded Adobe flash player. So this is where the built in task manage within Google chrome comes to your rescue.

Whenever Google Chrome becomes unresponsive or it starts consuming high amount of memory,  you can always open up the inbuilt task manager in Google chrome and end any of the tabs and extensions which are hogging up your computers memory. Within seconds you can notice a great improvement in chrome’s performance.

So here is how you can bring up the built in task manager in Google Chrome. 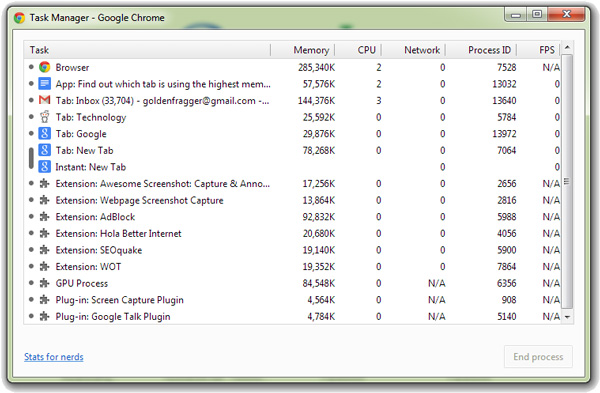 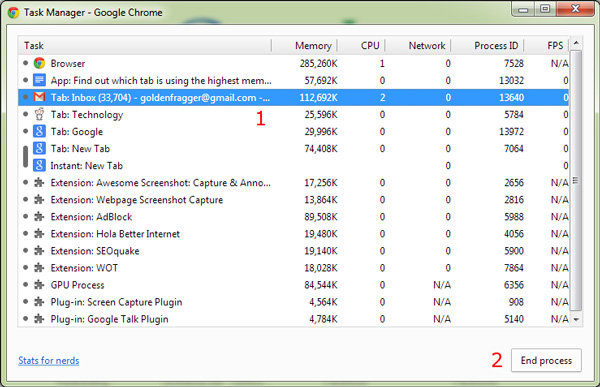 And with that you will be able to end any unresponsive tabs or extensions and restore Chrome’s performance. If the problem persists, it would be better if you remove the extension permanently.