Recently twitter has introduced a new tagging feature which allows anyone to tag your their photos uploaded on twitter. According to twitter this feature will make you more social, but if you are a Facebook user, you would already have seen the consequences of this feature. Once the tag feature is enabled, you absolutely lose control over the pictures which are associated with your twitter profile. In a worst case scenario, your twitter profile may be used to spread spam.
For those who are not interested in this feature, twitter has also provided an option to turn off this feature before it gets out of control like it happened on Facebook. For those who want to turn off the tagging feature on Twitter, here’s how you can turn off this feature. 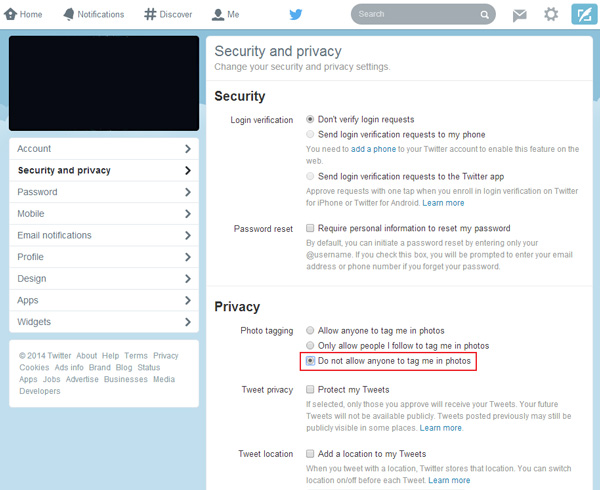 That’s it and now nobody will be able to tag you on their photos on twitter.