Apart from yourself, other too have a interest on your brand new Android phone. While most of them just intent to take a look at your new phone, some on the other hand are just waiting for a chance to play a prank. When you leave your phone in a place where it is accessible by your fiends or family members, someone might try to peek into your phone.

Fortunately, Android will lock your phone after a few failed attempts at unlocking it. But you will always keep wondering about how your phone locked itself automatically.  If you want to find out the person who was trying to unlock you phone, here an android app that will help you do so.

For those who have always been wondering how their Android phone gets locked automatically. Here’s how you can use Lockwach to make your phone automatically capture a photo when someone fails to unlock it. Once you have installed the Lockwatch app on your android phone, here are a few settings that needs to be taken care of.

Note: This app requires an active internet connection on your phone, in order to email the photographs and location to you.

Take a Photo when Someone Fails to Unlock your Android Phone 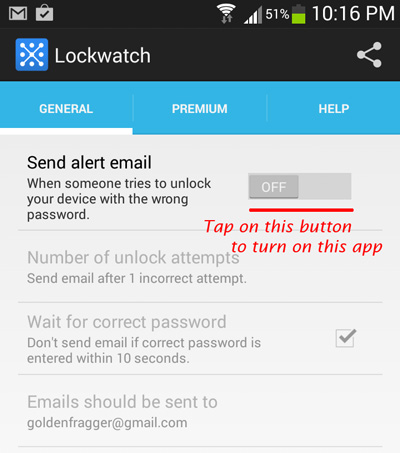 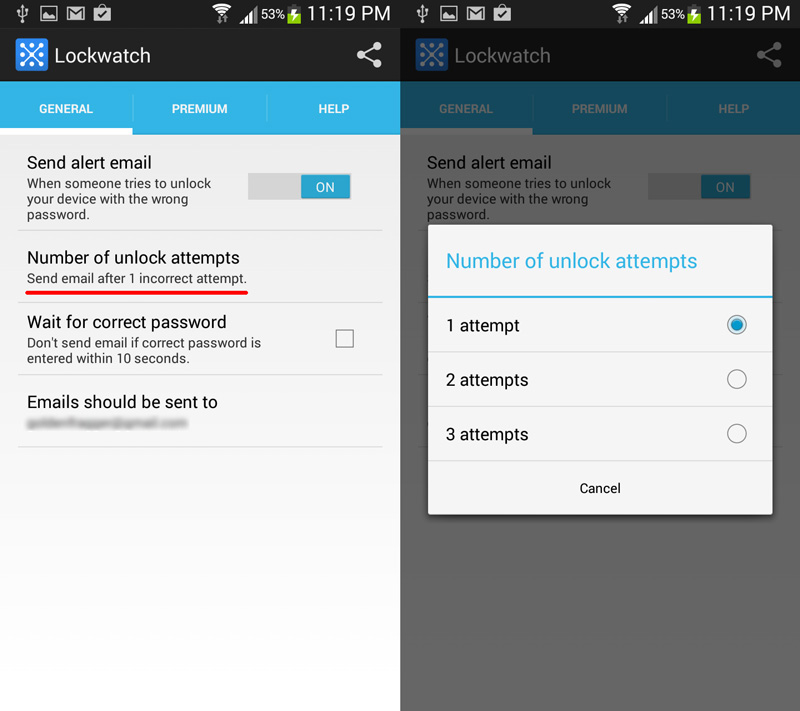 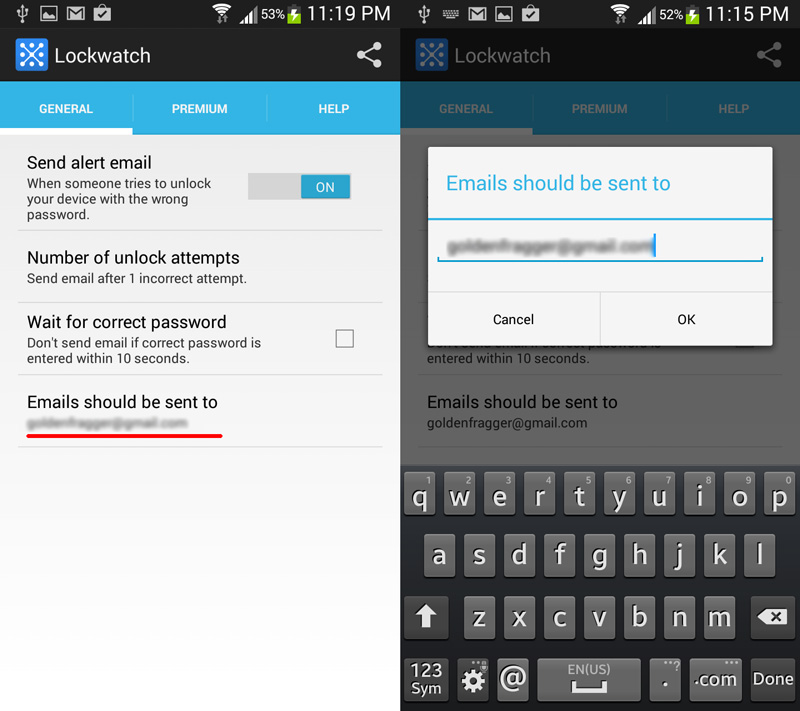 The app is now configured, the next time when anyone tries to unlock your phone with the wrong password or pattern, the app will automatically capture the person’s photograph and send it to the email address provided by you along with the location on a map. Here’s how the captured photographs and location detail would appear in your email. 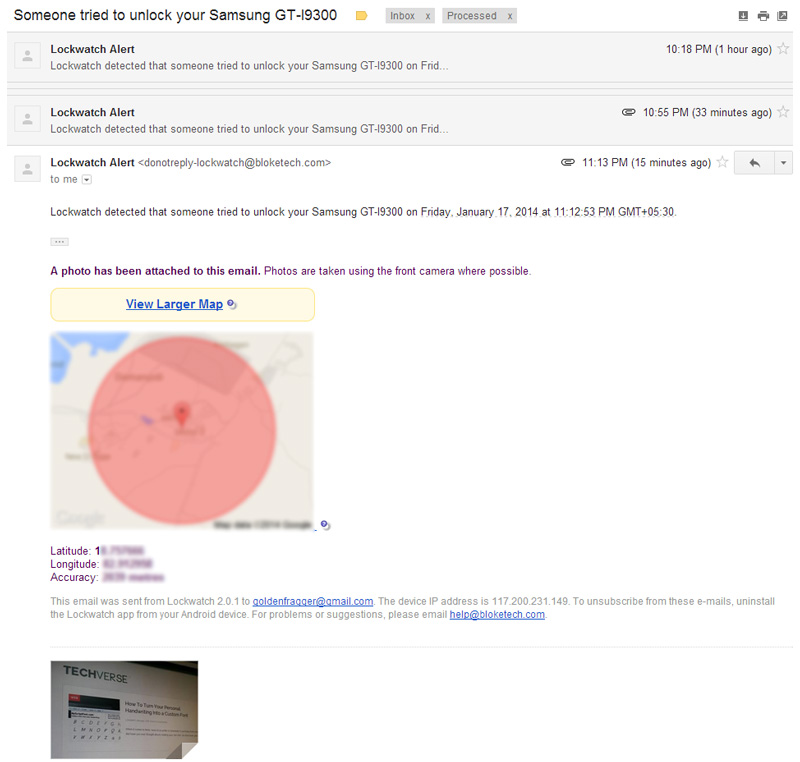