It has been years since we have heard about cassettes tapes. In fact, the technology is so old that many believe it to be totally extinct. But Sony on the other hand hadn’t let go off this technology so easily.
While most people assume cassettes tapes to be completely extinct as of now, Sony has done something incredible to revive this age old technology. 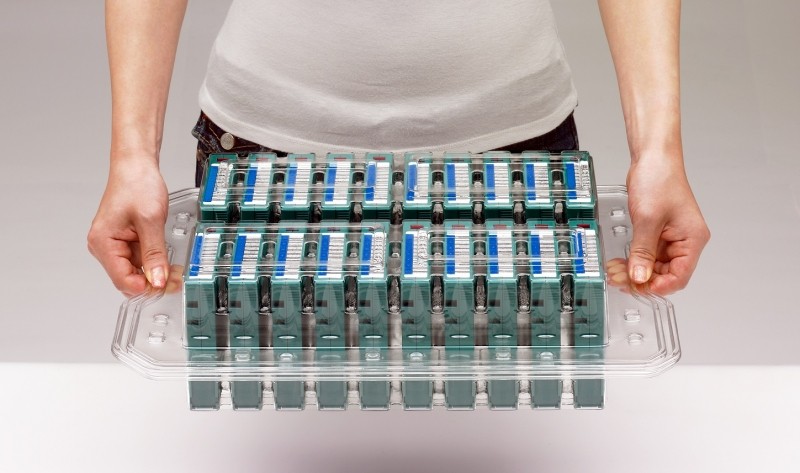 Sony has now developed a magnetic tape technology that can store around a whooping 185 TB of data. That’s exactly 4 times the capacity of current tapes and the equivalent of 3,700 Blu-rays. Needless to say, this new magnetic tape technology has single-handedly broken all the storage capacity records.
The new cassette tape which was developed by Sony in collaboration with IBM has successfully obliterated the previous highest storage capacity record of 32 TB, which was set in 2010 by Fuji film and IBM.
While the storage space offered by the new magnetic tape technology is highly impressive, but there are few downsides as well. Since accessing data from magnetic tapes takes much more time that it would take from a disc drive, the magnetic tapes are only suitable for data backups purposes to large companies.
The new storage technology can see its usage in data centers of tech giants like Facebook and Google who usually need high storage capacity devices to store thousands of gigabytes of data.
As for the normal consumers like us, who prefer speedy storage devices, the new magnetic tapes would serve no use for us and additionally since these storage devices would be priced ridiculously, we can’t even imagine to afford one, even if you are ready to shell out one of your body parts.