What will you need?

Finally make sure USB debugging is enabled on your android phone. 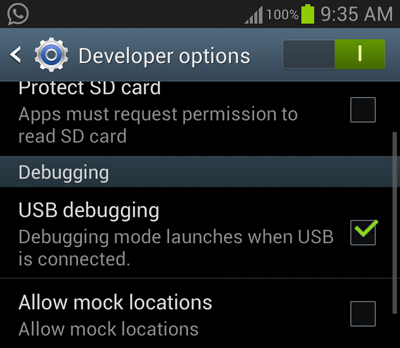 How to Share your Android Phone’s Screen on a Computer 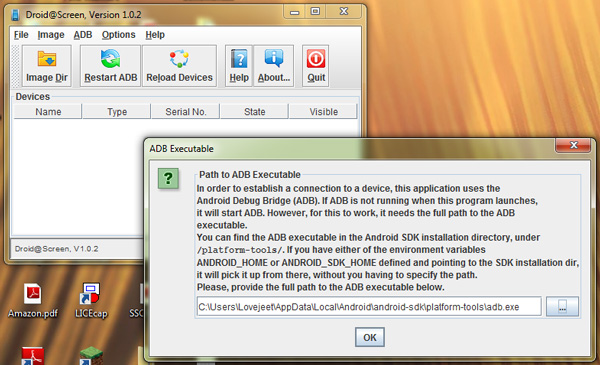 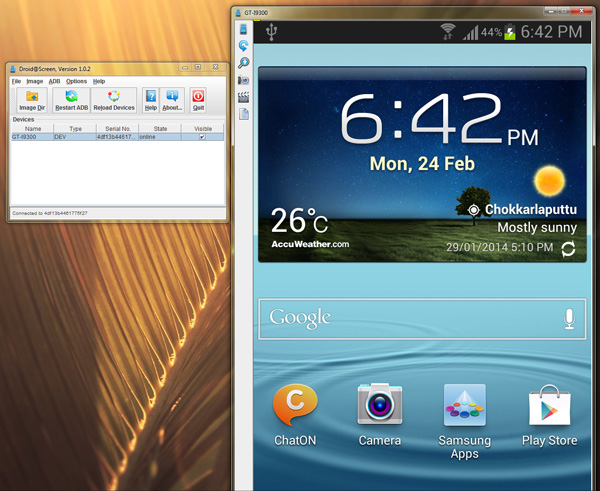 The Droid @ Screen tool will let you rotate the screen, zoom in / zoom out, take single screenshots of your phone’s screen or continuously record screenshots and save them to a directory, which you can process later to create a GIF animation.
However the only downside of Droid @ screen is, the FPS will be very low, but since it doesn’t require a rooted android phone, we can’t even complain either. Overall Droid @ Screen is a very useful app for sharing your phone’s screen on a computer, especially when your phone isn’t rooted.