At the beginning of this year, Google finally added the long awaited data compression feature to Chrome for iOS and Android. This has been a standard feature in Opera mini for years and with the feature now built into Chrome for mobile, definitely I expect Chrome to be zippier than Opera mini. 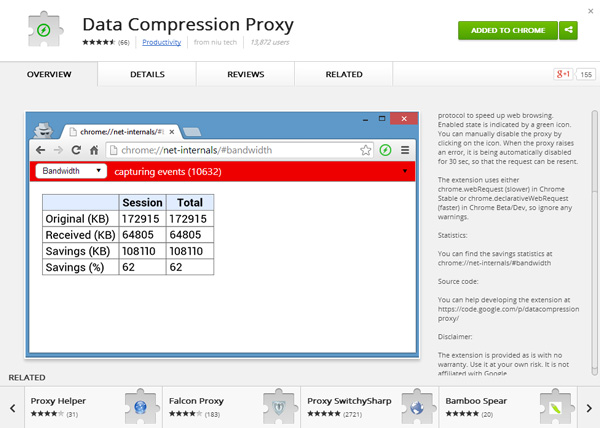 Data Compression Proxy is a free extension available on the Chrome web store which brings the data compression feature from Chrome mobile to desktop PC’s. Since this is an experimental feature you can’t expect it to perform like its mobile counterpart but the reviews for this app are mostly positive.
Currently the extension is only capable of compression HTTP traffic and all traffic through HTTPS won’t be compressed. Once you install the extension on Google chrome, it will start working instantly and appear as a green icon in the chrome extension bar. If you need to disable the extension, simple click on the green icon.
If you want to see the statistics of the data compressed by Data compression proxy, you will need to enter the following command in chrome’s URL bar. 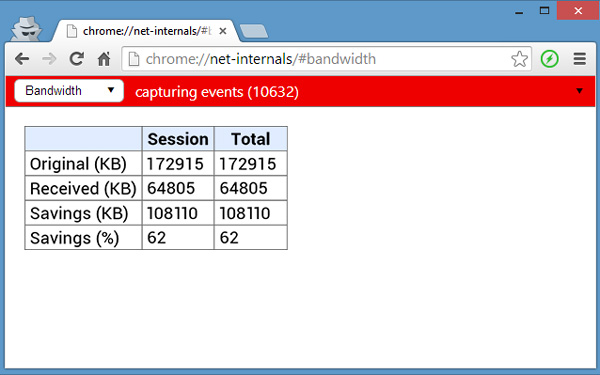