By default android doesn’t have support typing in most Indian languages except for Hindi, which is also a very recent addition to the OS with the release of android 4.1. However for those who need to type using their native India languages such as Tamil, Telugu, Oriya, Urdu …etc,  you can install one of the many free apps available on the Google play store that can add support for various Indian languages.

Among all the apps that can add support for various Indian languages on your android phone, a recently released app on the play store called Indic keyboard is something that stands out among its counterparts.
Indic keyboard is a free and open source Indian language keyboard input app for android that brings in support for more almost 15 native Indian languages. Once installed the app will extend android’s default keyboard and enable you to choose from 15 Indian languages such as Assamese, Bengali, Gujarati, Hindi, Kannada, Malayalam, Marathi, Nepali, Oriya, Punjabi, Sanskrit, Sinhalese, Tamil, Telugu, Urdu.
Installing the app is very easy since the app itself provides step by step instructions for installing and configuring it. Once the app is installed and configured, your phone’s default android keyboard will be replaced by Indic keyboard and you can change the input language to choose among the 15 supported Indian languages to type with.
Since the app provides a step by step guide for install and configuring it, I am going to skip directly to the typing part and show you how you can switch and choose among the 15 Indian languages to type with.

How to Switch between various Indian languages on Indic keyboard 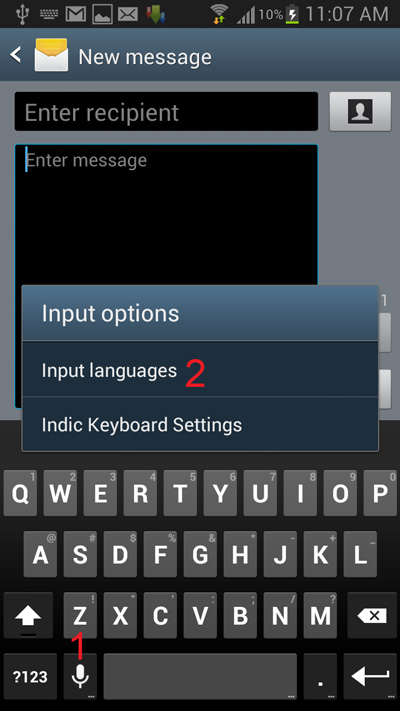 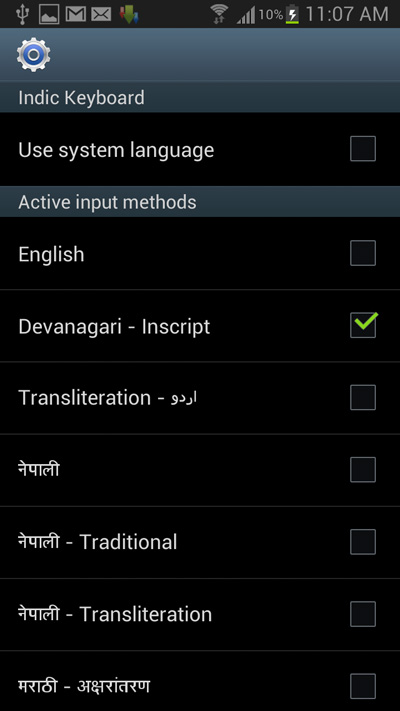 Now you can type with your selected input language. Here’s an example. 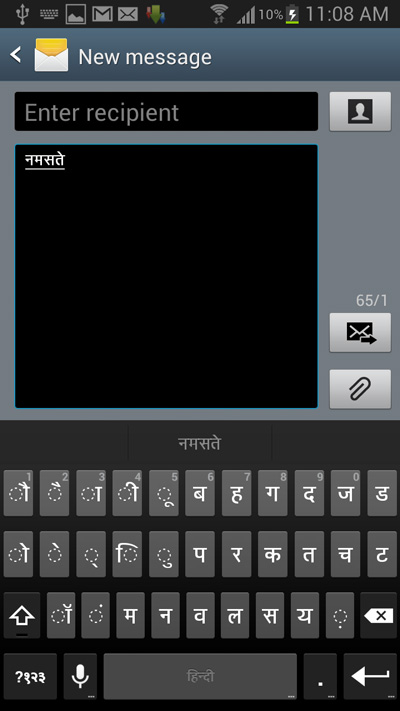 If you need to switch to the default android keyboard, long press on the space bar and select from any of the input method provided. 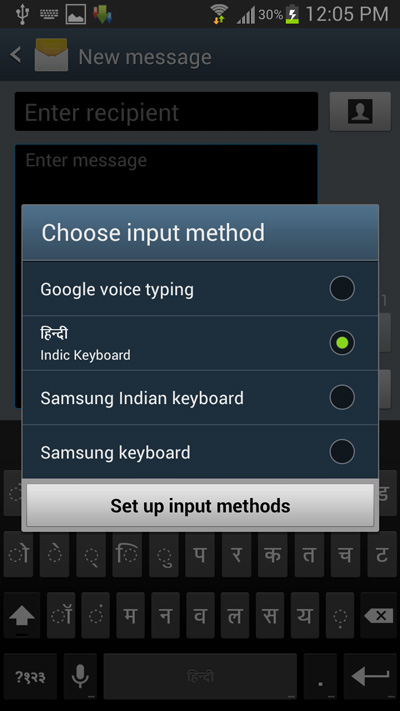