What is Time Lapse Photography ?

Time lapse photography is a technique of capturing multiple photos at timed intervals . According to the type of event you are recording , a time lapse video can span over hours , days , weeks or even months  . When we combine all these photos sequentially and create a video out of them , the time will appear to move faster in the video , thus accelerating all the slowly changing events we record .

Until recently , capturing a time lapse video was only possible through DSLR and high end video cameras , the main reason being they had the ability to capture multiple photos at a timed interval . Today you don’t need a high end camera gear to record time lapse videos ,  the same thing is now possible on most Android and iOS phones . There are  a bunch of apps that can convert your phone into a time lapse recording device . Lets find out more about one of the most popular app to record time lapse on android phones .

Lapse It is an android app to record time lapse and stop motion videos using your android phone’s camera . According to users reviews this can be confirmed as the best android app for recording time lapse videos now . The app is available as a free trial and as a paid version in the Google play store . 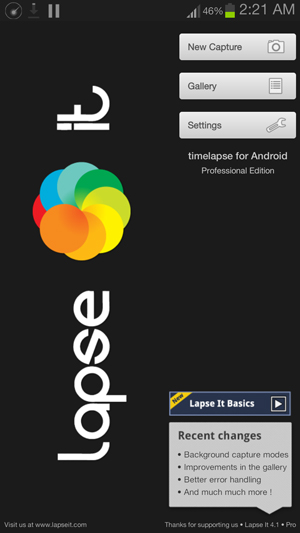 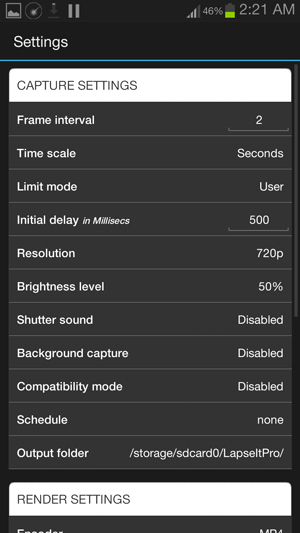 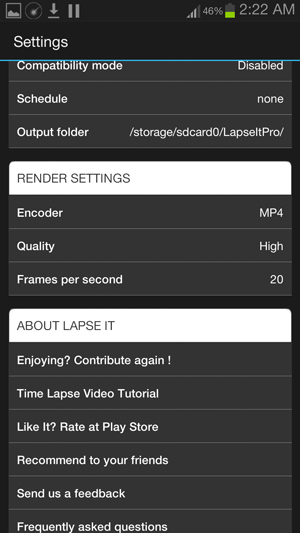 lets take a brief look at the features of this app :

The Lapse it app is also available as a trial version in the Google play store . If you want to enjoy all the above features you need to get yourself the full version of the Lapse it app , which is priced at $1.99 . If you really interested about recording Time lapse videos on your android phone , No other android app has as many features as Lapse it has . here an video of a time lapse captured through Lapse it .

This was just a brief introduction to Lapse it . subscribe to this blog to get notified about our next article , in which we will will be providing a thorough guide on how to use Lapse It to record time lapse videos on your android phone .