Unlike the much popular unsolved mystery whether the egg came first or the chicken , Smartphones have no such mystery . But if we were to ask you which was the first smartphone to ever exist , we can see a lot of blank faces and most of us probably point towards Nokia . But its not Nokia , or Samsung  , or even Sony . Lets find out which was the first smartphone to exist .

We come to an age where our smartphones have more processing power than the first space shuttle that took off from earth . Today smartphones have become an integral part of our life and imagining a life without them is just impossible . Apart from the regular call facilities , smartphones today have multiple features built in themselves . These features may include cameras , wireless internet , GPS , clock and the list is endless . Now lets take you back to where it all began .

The first smartphone was developed by none other than IBM . Named as IBM Simon , It was the first smartphone to be ever exist amongst us . IBM debuted Simon on November, 23 , 1992 at the COMDEX computer and technology trade show in Las Vegas, Nevada . Comparing Simon with today’s smartphones , it can be simply described as Huge and monstrous . 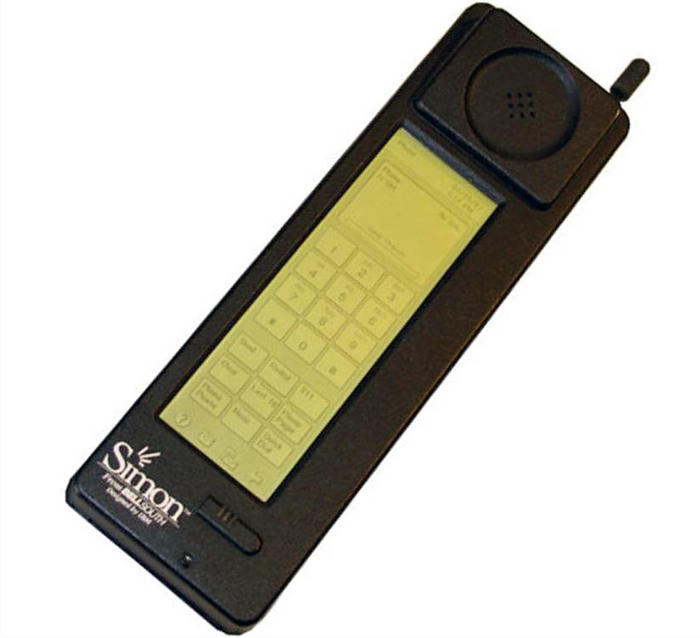 Apart from the basic calling facility Simon had a few others features like  calendar, address book, fax modem, calculator, notepad, an email app, and simple games . For its display . the IBM Simon has a Monochromatic touch screen display of 3 inches (resolution of 160×293 pixels ) . Being a smartphone it also had a option for expandable storage , for which it needed an PCMCIA laptop memory card. Its only because of all these features ,the IBM Simon can be truly refereed to be as the first smartphone ever . Not anything similar to today’s smartphone standards , but believe me back in those days , it was something to brag about .

Being the first smartphone ever it also had a high price tag of $899 , due to which it didn’t become rise to much popularity or sales either . But It was the main reason which led to the development of so many features you see on your Android and iOS smartphones today . The IBM Simon was later followed by the first widely adopted consumer smartphone , the Kyocera 6035 and later the Nokia 9000 communicator series .

Check this video to find out how huge was the IBM Simon :