How do you prefer to interact with your friends on Facebook? you poke them, post on their walls or comment on their posts. When major social networks apps such as Whatsapp and Wechat are already offering audio messaging as a standard feature, why is Facebook lagging behind?

Although the Facebook messenger app for android and iOS has a feature to send voice messages to your friends, but on the web, messaging is still limited to monotonous texts and smileys.
For those who have been eagerly waiting for an audio commenting feature on Facebook, you don’t have to wait anymore till Facebook launches it officially. If you are a Google chrome user, you can skip the wait and use the Talk and Comment extension to add audio commenting and voice messaging features to Facebook on the web. 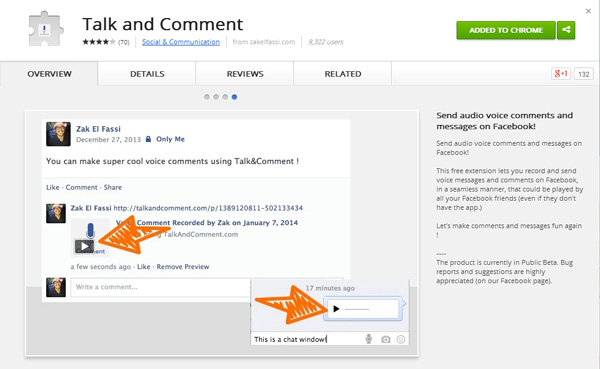 As usual the audio comment will only appear as a playable link to the receiver if only he / she is using Google chrome with the Talk and Comment extension installed. Otherwise what they would receive is a link to the Audio comment which once clicked will be opened in a new tab with a playable button. This should not be a problem since you can tell your friends to install the extension beforehand. 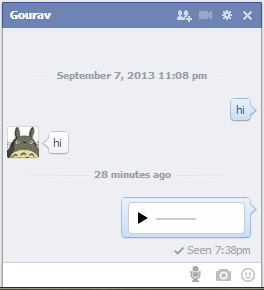