There’s only a week left for the much anticipated FIFA world cup 2014 to commence in Brazil. none of us want to miss any of the 64 different matches which will be broadcasted this year. But there will many of us who won’t be able to watch these matches on their TV due to work , school or various reasons.
Until a few years back, Televisions were the only medium through which you could watch all the FIFA world cup matches. However, with the advent of computers, smartphones and most importantly high speed internet connections, televisions have not been the only source of watching FIFA world cup matches. 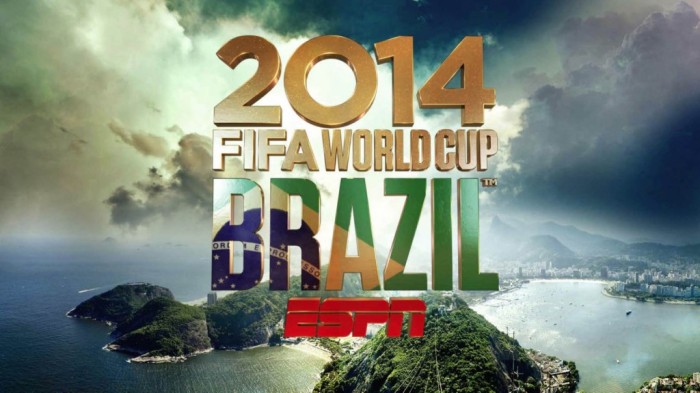 Like the past few years, this year too ESPN has acquired the rights to stream all the 64 matches of FIFA world cup 2014 through its watch ESPN project on the internet. The live stream can be streamed on smartphones, PC’s, tablets, consoles but you will require to have a cable subscription.
WatchESPN
Android and iOS users can download the EspnWATCH app on their handheld devices to stream all the FIFA world cup 2014 matches.

Unfortunately, for android and iOS users residing outside of the US, you won’t be able to install the EspnWATCH app on your phone.

Rest of the World

Last but not the least, take a look at this official FIFA World Cup 2014 Broadcasting Rights List to find out which company is going to broadcast the FIFA world cup 2014 in your country. The list also states the medium of broadcast such as Radio, mobile, internet and TV.