As Google describes it,  Android is a very open Operating system and it is in fact a main reason why most developers prefer Android as a favorite platform to develop their new apps. But if you have been using a Android phones for a long time, you might already have faced the bitter truth that despite being an open operating system, android lacks a simple feature as installing new fonts on your phone .

Excluding a few Samsung smartphones, which can download and install fonts from the play store, most other Android phones require rooted in order to install any custom new fonts .

MyFont is an free app from the Google play store using which you can easily install any custom fonts on your Rooted Android phone. The app has a large database of free fonts which can be download from within the app itself and installed on your phone, alternatively you can even download any .ttf ( TrueType ) fonts and copy then inside the “ Zitiguanjia “  folder in your Phone’s memory, after which they will be available to install from the App.

How to Install Custom Fonts on your Android Phone

There are two method by which you can install any custom font on your Android phone using the MyFonts app . which are :

Method 1: Downloading and installing fonts within the MyFont app . ( Works only with Non-rooted Samsung Android Phones )

Method 2:  Downloading and Copying True-type ( .ttf ) fonts from your PC to your phone ( Works with all Rooted Android phones )

Instructions to install Custom Fonts on your Android Phone :

Method 1:  Downloading and installing fonts within the MyFont app .

Note: This method only works for Non Rooted Samsung Android phones . You should not try this with any other non rooted android phones apart from Samsung’s . If you have a Rooted phone then skip to the second method. 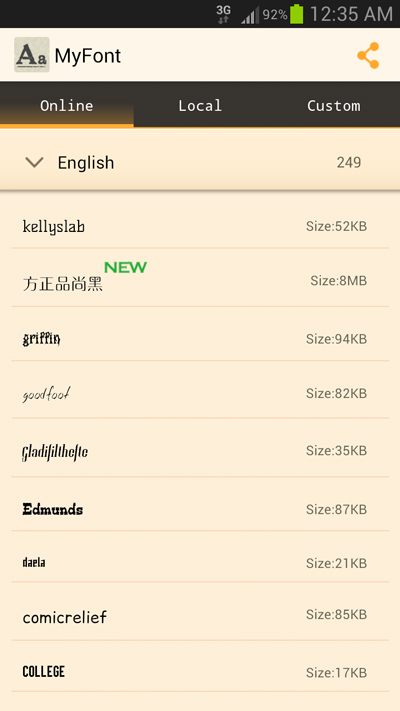 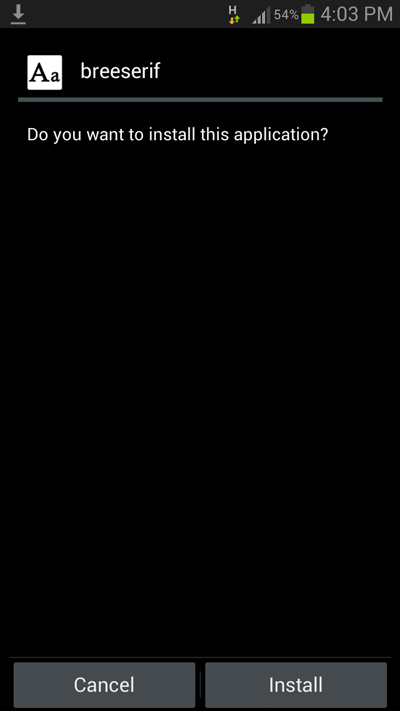 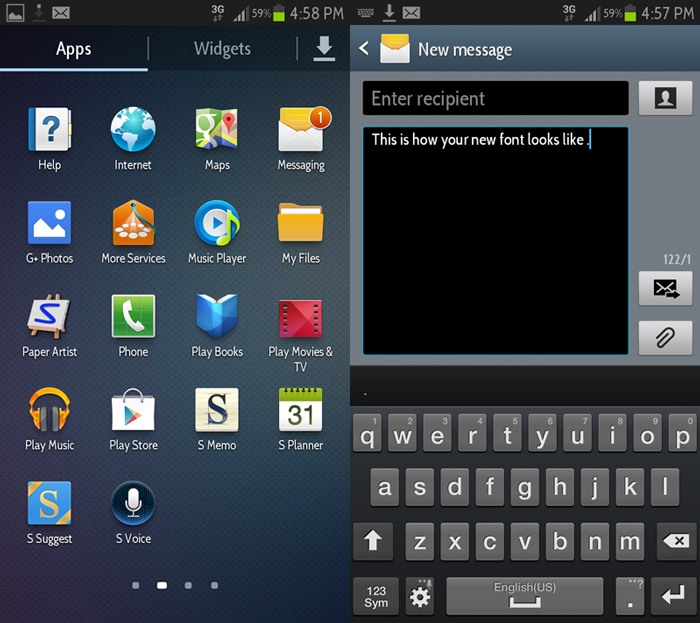 Method 2:  Downloading and Copying True-type ( .ttf ) fonts from your PC to your phone . 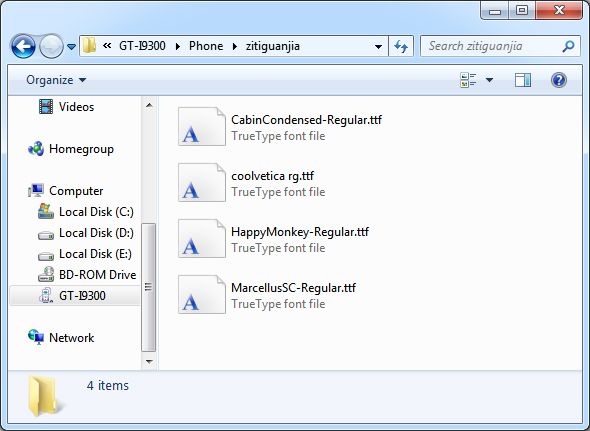 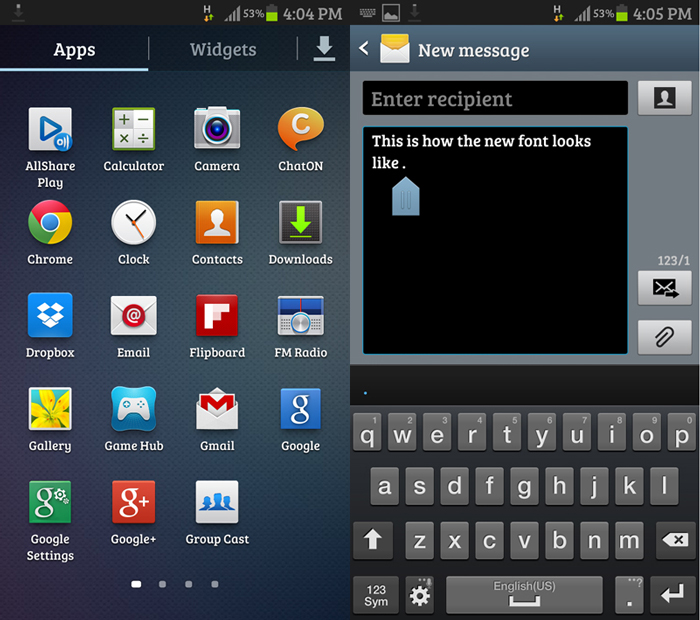 Note: If you want to revert back to the default font in your phone , then you can go into your android Phone’s font settings and select your factory font .