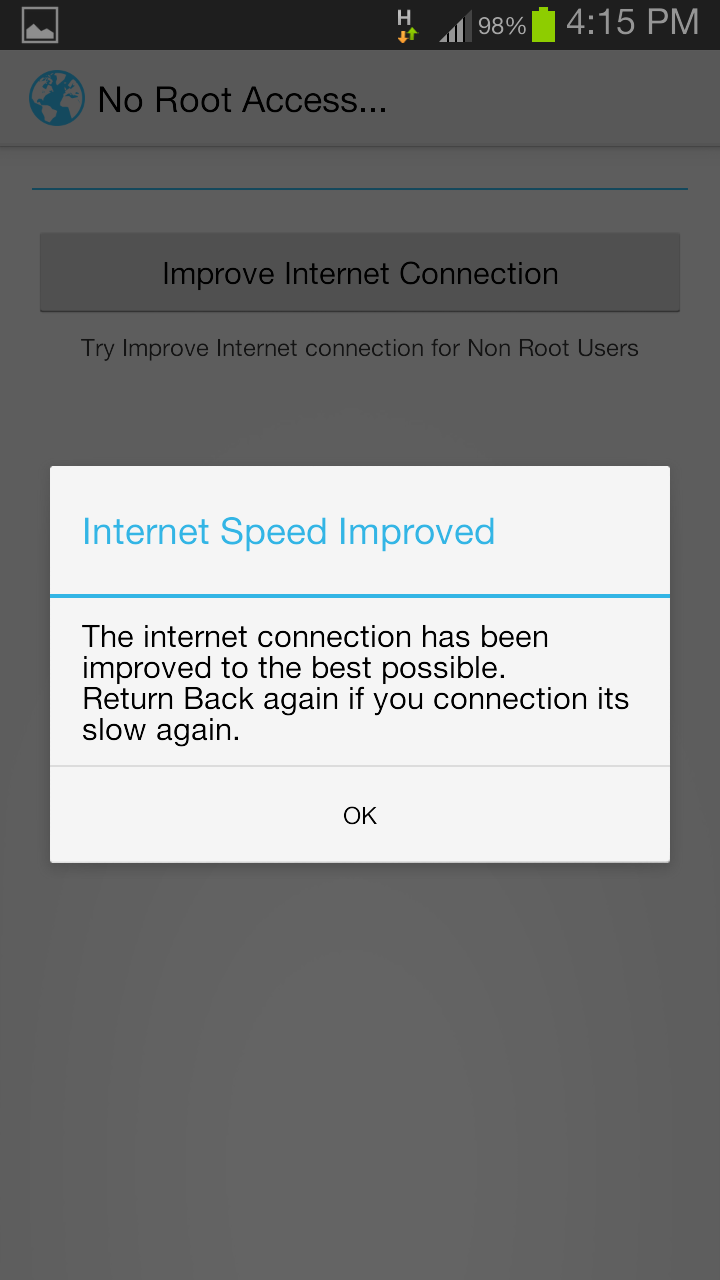 This could or could not work depending on your internet service provider . But most people have provided positive feedback on this app . This is a know and safe tweak , however its is advised to do a backup before you use this app . What Internet speed master does is , it modifies certain system files to improve connections in the Tcp/Ip config of your android phone Linux Kernel . The app also supports all the Android Rom’s and even some Rom have this app already built in them . The tweak was found out by XDA forum member Santa-li , you can find out more about this tweak on Xda forums .

The app worked wonders on my Samsung galaxy S3 , Before installing this app i used to get less than 1 Mbps in download speeds on speed test. After installing this app i did see a slight difference but it was nothing until  The next morning when i rebooted my phone and did a speed test . I was amazed by the speed test results .  the speeds skyrocketed to an excess of 2 Mbps . I was using BSNL 3G when i performed the speed-test . Check out the speed test results below . While The speed increase in unbelievable , i have to try the app on other networks to make sure it really works .