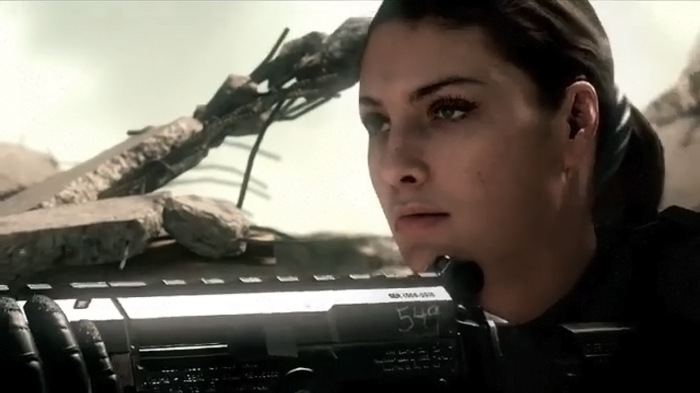 Activision has revealed the new Multiplayer trailer for its forthcoming Call of Duty : Ghosts game , in a live event which was streamed online . Like before Activision has teamed up with Rap Singer Eminem for the trailers background music . Eminem has released an exclusive new single for the trailer named “ Survival “ . The new Multiplayer trailer for Call of Duty : Ghosts brings in a female player for the first time in the Call of Duty series since 2004 .  Also this will be the first time for players to play along a scout dog .

The multiplayer gameplay seems to same as before . Call of Duty’s multiplayer has always been about a one man army . You get to select your loadout , jump in the battlefield , Frag your enemies or get killed dying, spawn again and Repeat this till you’re satisfied .

As per the graphics , they are as polished as other call of duty titles . Even though Infinity ward announced of an improved Game engine there nothing new here . Even a few official screenshots have proved that its just a marketing gimmick . Call of Duty Ghosts most probably will be using a slightly modified old Game engine .

Lets sum up all the new feature that Infinity Ward has implemented in this year Call of Duty : Ghosts Multiplayer .

Last but not the least , Activision has announced that the prestige edition of Call of Duty : Ghosts will come with a head mounted HD camcorder like the ones used by the soldiers in the game.

“You can’t count on much in this world, but you can count on Call of Duty,” said Activision CEO Eric Hirschberg

Overall The gameplay is same as before but slightly refined , Unlike Battlefield 4 theres not much innovation here . But Call of Duty : Ghost’s one man army gameplay is much more Addictive than Battlefield 4’s team gameplay plus you don’t need to wait for your teammates to get into action . The game will be out on November 5 Across all platforms including the Next Gen Xbox one and PS4 .