Google maps for android has been a reliable navigation system for me. It doesn’t matter where you are on earth, if you have access to a internet connection, google maps will help you find the way to your destination. But as we all know Google maps heavily depends on your phone’s data connection to download maps. When you are connected to a somewhat fast internet connection, loading maps on Google maps would be a breeze. But as soon as your connection speed drops, Google maps would take a long time to load maps.
This is where you can make use of Google Map’s new Offline mode for saving specific areas of a map onto your device’s storage. The offline storage mode is a new addition to Google maps, which was released just yesterday alongside the integration of Uber with Google now and Google maps. The updated version of Google maps is now available both for Android and iOS devices.
Before this new update, there was no such thing as a true offline mode in Google maps. However there were a few tricks by which you could cache offline maps for a specific area, but this was less than initiative.On the new version of Google maps, that is version 3.0 for iOS and version 8.0 for Android, the process of saving offline maps has become very streamlined.
For those who need to save a section of an map for offline use, the instructions below will show you how to save maps offline on the android version of Google maps.

How to Save Google Maps Offline 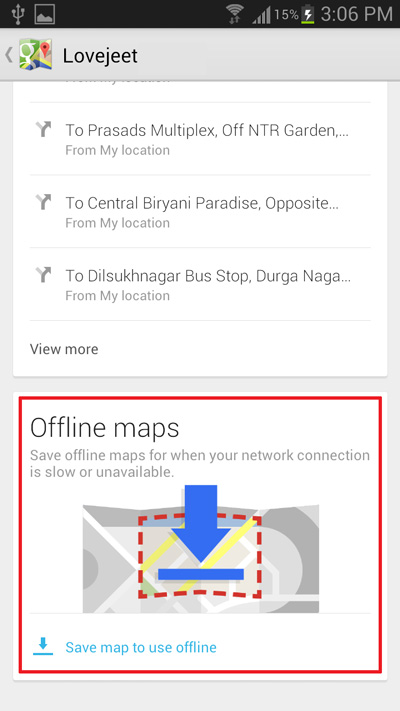 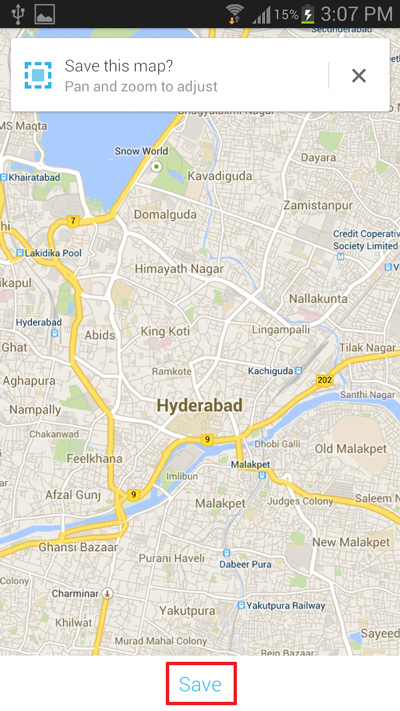 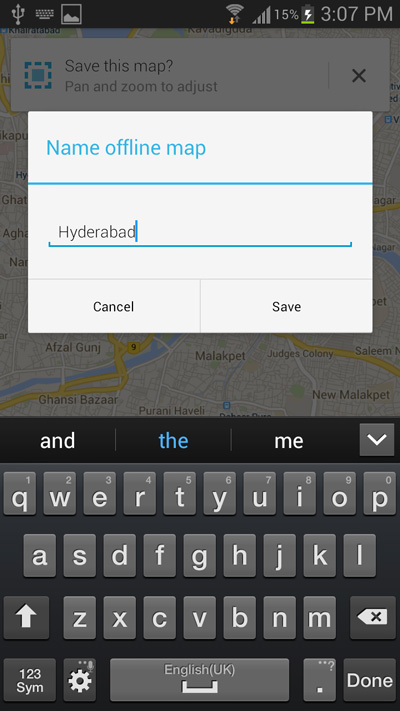 Google maps will now save the map for offline use. For those who have a slow data connection, you can use the offline mode in Google maps to save maps offline and later use them to navigate though the place. As for limitations, you should know that offline maps will be stored for a duration of 30 days, after which they will be purged to free up space on your phone. 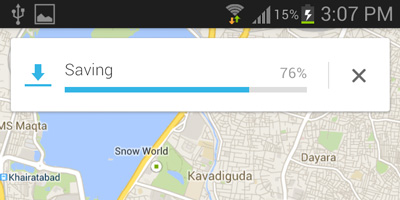