Bestbuy.com is now taking preorders for the new nexus 7 for 2013 , which has been code named razor . While the benchmarks and specifications of the device has been already out .  The nexus 7 is out for pre-order in both 16GB and 32GB flavors . 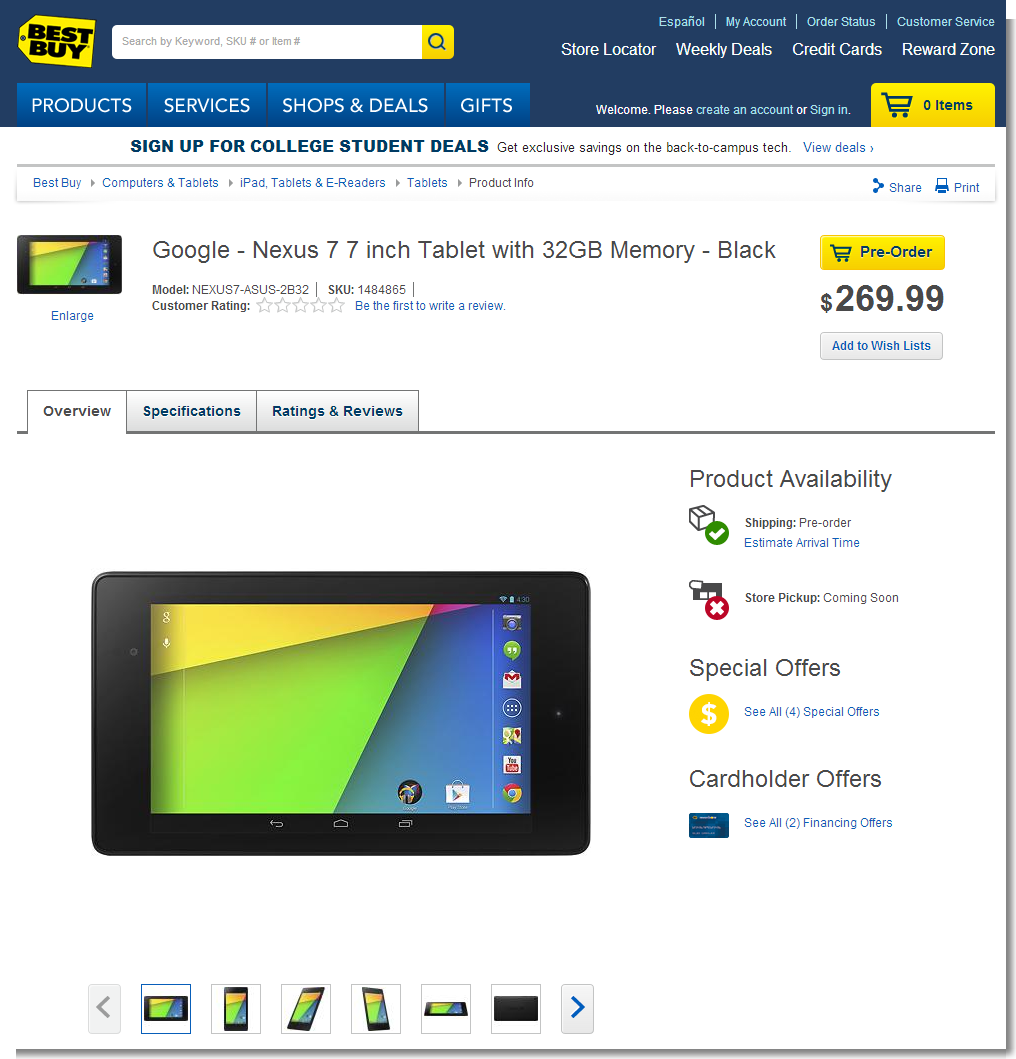 The new Nexus 7 has the following specs :

Apart from this we are waiting to hear on an official word from Google for about the new n7 soon .